1. The call is open to all composers of any nationality, without age limit, that has not been awarded in any previous edition of this contest. Each composer will only be able to submit one work. The submitted work must be the original creation of the author, be unpublished, not be the result of a paid commission, neither awarded in any competition, and must not have been performed in any concert or public event, not even in any of its parts (should it had them), neither with its present title or any other and must not have been made public by any broadcasting medium.

2. The works must be written for tenor Trombón in Bb, (optional with Fab transposer) and piano (without electroacoustic means). The duration of the work must be between 12 minutes minimum and 20 minutes maximum. Works that are not within those time limits will be disqualified.

3. Three copies of the general score will be sent together with a set of scores (part for the Trombon and full score for the pianist, including Trombon’s part) duly prepared so that the work may be smoothly performed using them without any reading problems. Scores and materials shall be properly bound and perfectly legible. Should either of these two conditions not be met at the discretion of the contest jury, the work will be disqualified.

4. The work shall be submitted with a title and a motto chosen by the author as sole identifying data to preserve the anonymity of the composer. An envelope externally identified with the work’s title and motto will accompany the full score and materials. Inside the envelope, the name, surname, address, e-mail address, contact phone number, a photocopy of the author’s identity card or passport and a short biography of the author must be included. A signed statement will also be included indicating that the work submitted is the original creation of the author, is unpublished, is not the result of a paid commission, and has not been awarded in any other competition, nor has it been performed in any concert or public event, not even in any of its parts (should it had them), neither with its present title or any other and has not been broadcast by any medium. In the event of the work being awarded in another contest, after having been sent to this competition and before the Jury’s decision is announced, the participant shall immediately inform of this fact to the Real Academia, as this would automatically invalidate his/her participation in the competition. Proposals that do not respect the anonymity of the entrant will not be accepted.

5. The submission period begins on the day of the publication of these Contest Rules in the Web site and due to the present circumstances, the Real Academia de Bellas Artes de San Carlos has decided to extend the deadline for the reception of the originals for the V Award of Composition until next May 14 2021, both included. The documents must be delivered with acknowledgement of receipt, or sent by registered mail to the following address:

In the case of delivery by post, the postmark of the shipment will be considered as the date of delivery. The works submitted not strictly within the submission period will be disqualified.

6. A single prize is to be awarded, worth 4,000 euros, subject to current tax legislation. The Jury may unanimously declare the Prize of the Competition void if the quality of the works submitted is not considered sufficient.

8. The premiere of the award-winning work will take place during the last quarter of 2021 in the Salón de Actos de Real Academia de Bellas Artes de San Carlos, which reserves the right to choose the performers who will offer their first audition.

9. The author of the prize-winning work undertakes inexcusably to attend the award ceremony at the headquarters of the Real Academia de Bellas Artes de San Carlos de Valencia, and the Institution will only be responsible for the accommodation. If the winning composer is unable to attend the premiere of his or her work, he or she will be deprived of the prize money. In other words, to receive the €4,000 prize, the composer must be present at the premiere of his/her work in the Academy Auditorium.

10. The author of the awarded work commits him/herself to state in all advertising, as well as in all recordings, editions and concert programs including the performance of this/her work, the following statement: First-prize winner of the 5th. International Musical Composition Contest, Real Academia de Bellas Artes de San Carlos.

11. Non-prize winning scores will be returned by ordinary mail, upon request of the participants. To this end, the request must reach the Real Academia before 25 June 2021. After this period, the Real Academia declines all responsibility for the custody and conservation of these scores.

12. Proprietary rights remain with the author of the work.

13. If the work presented incorporates musical fragments or texts of different ownership from that of the author of the same (except that they are made by way of quotation, in terms of Article 32 of the Law on Intellectual Property), such fragments or texts must appear written in the score and materials, as well as the corresponding permits must be accredited. In all cases, any liability will be the sole responsibility of the authors.

14. The Real Academia de Bellas Artes de San Carlos disclaims any liability arising from plagiarism or any other violation of current legislation on intellectual property in Spain, which may incur the contestants with their works. Nor shall it be liable for any material lost or damaged in transit.

15. The participation in this contest implies the unconditional acceptance of these rules, being the decision of the jury unappealable. The interpretation of the rules will be the exclusive competence of the jury.

16. If the Contest cannot take place due to unforeseen circumstances, no appeal will be allowed.

17. The official wording of the bases is in Spanish for legal purposes. If they are also presented in another language, disagreements between them will be resolved by reference to the Spanish text. 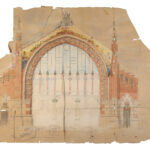